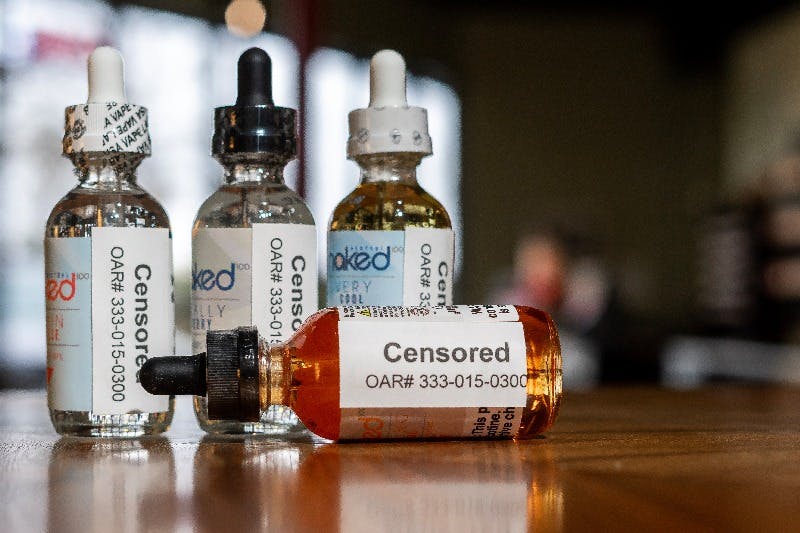 The Oregon Health community is facing much opposition from Paul Bates, an owner of two Portlandvape shops called Division vapor. He challenged the state on freedom of speech grounds. This is because the rules placed on vaping products prevents them from truthfully describing the vapor products they sell.

This restriction is against the Oregon free speech laws which say “no law should prohibit free expression of speech on any subject whatsoever unless a recognized historical exception applies.” This concern was raised by Goldwater Institute, which filed the lawsuit on Bates’ behalf.

Bate says Oregon is doing just what the law prohibits by disallowing him from using labels in e-liquids that carry words and images of the flavor contained in the bottles. Division vapor does not sell vapor products to minors (or adults under 21) because they know it is illegal. So the government’s claim to protect children with the rule is not justified. So the rule only affects adults and it censors speech between adults about legal products.

“this business has helped a lot of smokers switch to non-smokers for over five years now since its establishment and it has been hugely rewarding for me, so it is not right for a government to stop us and seize our freedom of expression”- says Paul Bates.

There manufacturers and retailers of vaping products were prohibited in Oregon’s packaging rules from using images that include athletes, celebrities, cartoons, mascots, candy, desserts, soda, “fictitious characters played by people,” “other people likely to appeal to minors,” “beverages and foods with sweet flavors including alcohol or fruit” and “the shape of any animal, commercially recognized toy, candy or sport equipment.”

The rule covers for any label elements that meet the standard of being “appealing to minors”. This is not satisfactory to the lawsuit and they termed the rule as “incomprehensible, vague and overboard”

The lawsuit said “There is always a likelihood of having an unfettered, arbitrary, standardless discretion in interpreting the regulations and restrictions due to its high level of imprecision. This causes incessant threat on plaintiffs to face penalties.” The rule extends to nicotine-free e-liquids too.

There are no children to be protected from reading labels on bottles in Bates’ shop. Moreover, the adult customers will gain no benefit from being unable to read a clear label on bottles.

The rule only causes regulatory harassment because none of the adult customers in Bates’ shop get any benefit from lack of labeling. The Division Vapor employees are only wasting their time trying to cover offending images and words with labels that say “Censored OAR #333-O15-0300.”- This is the censorship number placed by the Oregon administrative regulation. The truth is no children get protected with this regulation because we Bates’ shops don’t sell to minors.

Matt Miller, a senior attorney of the Goldwater Institute explains that ‘The rule only hurt older customers because none of the products in Bates’ shop is accessible to minors or children below age 18. Therefore, the purpose of Oregon’s regulation is not worth it at all. It only frustrates the effort of small business owners who are trying to make a living. They are also deprived of their free speech right”

The appointed defendant of the lawsuit was Patrick Allen, the Oregon Health Authority and OHA Director. Bates was asking the Oregon State Circuit Court in Multnomah Country to declare the law underlying the rules as unconstitutional.

The Goldwater Institute, based in the Barry Goldwater’s home in Arizona supported limited government and free markets.