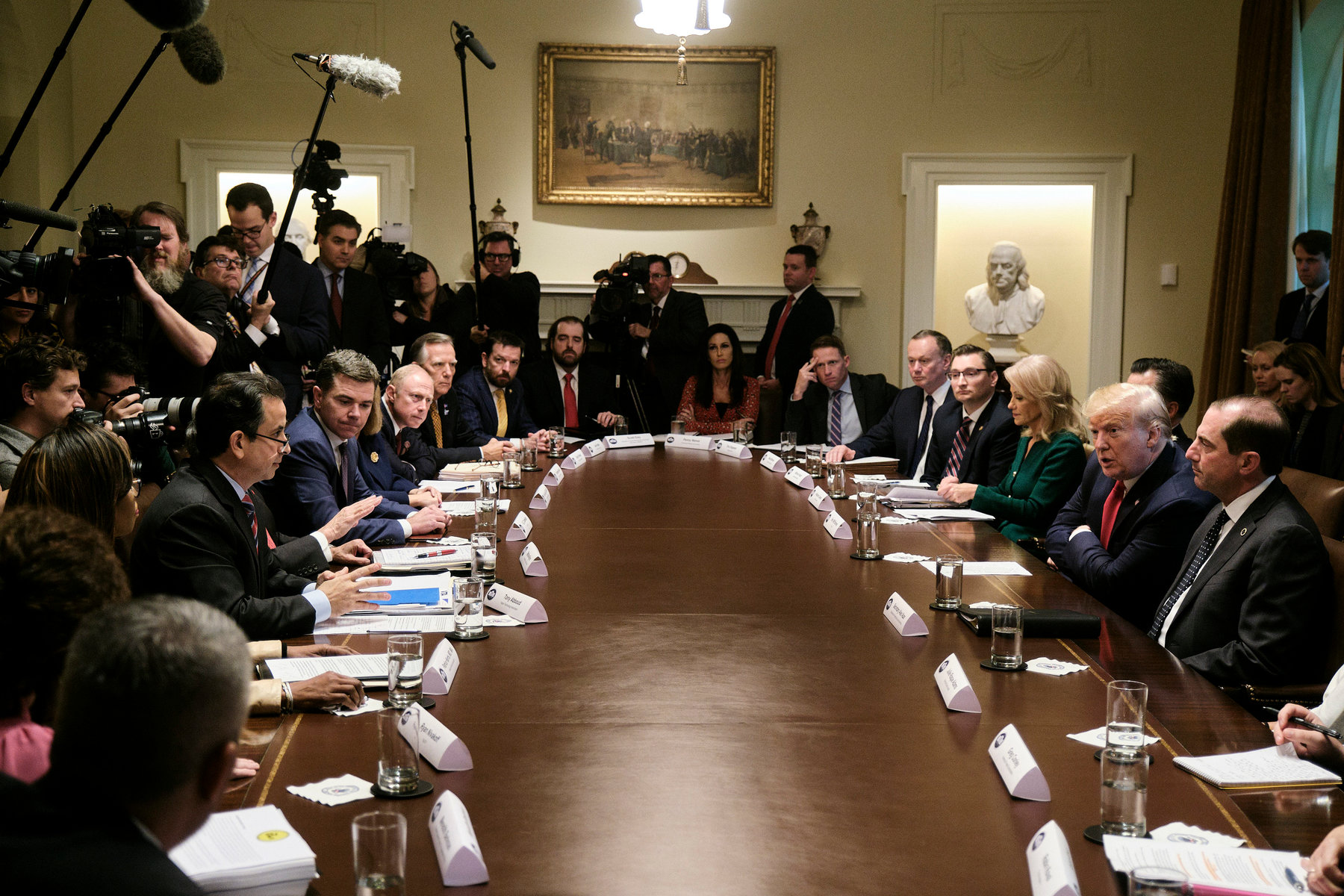 During a White House listening session which oftentimes turn into a shouting match where everyone can freely air their opinions, President Trump decided to get some answers regarding the role of flavors in the adolescent “vaping epidemic,” and what best way could vaping products be regulated. At the listening session, all the attendees who have come to represent small vaping businesses and vapers as a whole gave good contributions as much as they could – or even better.

During the first hour of the meeting, reporters and cameras were invited in, therefore giving the whole country the privilege to hear the Campaign for Tobacco-free Kids. There, President Mathew lied to the president stating that tobacco is the most popular vaping flavor for adults. But that wasn’t the only falsehood the anti-vaping activists flung at Trump.

Parents AgainstVaping e-cigarettes (PAVe) Meredith Berkman insisted that there are millions of teenagers out there who are “addicted” to nicotine because of vaping. He also stated that the only solution to this is banning all flavors. Just like the American Lung Association, Cancer leaders of the American Cancer Society Cancer Action Network, and American Academy of Pediatrics, Myers also agreed. In fact, the Lung Association was in support of a total ban.

Trump aide, Kellyanne Conway and Utah Sen. Mitt Ronmey were sitting next to each other and every time one of the vaping advocate made a claim, these two smirk. At one point, Romney said Utah is a Mormon state, and 50% of the kids in high school are vaping. He then added that he actually doesn’t care if 100,000 vape shops lost their jobs because 100 kids are addicted to nicotine by every one full-time vape shop employee – this are just numbers he made up in his head and at that spot.

The executive director of Vapor Technology Association (VTA), Tony Abboud and the president of American Vaping Association (AVA), president Gregory Conley, were effectively opposing the propaganda as they get their points across. Neither of them were shy about addressing the most powerful men in the world, and take the course to defend vape shops and vapers against the prohibitionists surrounding them.

Conley strongly reminded the President that since his “vaping kills” announcement he made in September has been admitted by the CDC that it was a black market cannabis oil cartridges that was responsible for the outbreak and not commercial nicotine products, it shouldn’t be a difficult thing for Trump again if he actually wants to reverse his position.

He further explained to Trump that if today, the flavor issue eventually got resolved, the May 2020 premarket tobacco application (PMTA) deadline will wreak havoc to all small vaping business. This obviously got the attention of the president, and he asked Conley if that was because they couldn’t afford the PMTA process.

He also explained to Trump that Michael Bloomberg, the billionaire who is no friend at all to Trump’s presidency, already spent about $160 million to ensure a total flavor ban. Conley therefore, said the representatives from Tobacco-Free Kids and PAVe were not in any way seeking a compromise for honest reasons, but only prohibition.

From the look of things, it was very easy for president Trump to grasp the problem of a flavor ban, understanding that black market will soon spring up to fill the vacuum. Trump seemed to resist the idea of a complete prohibition, even though it is not very clear if he understands that what actually made vaping successful as competition to cigarettes is the wide variety of the products.

Trump said, “We need to be careful about prohibition because if we refuse to give to them, it is going to come here illegally. This could mean selling them on the street corner and that could be horrible. That may bring in a flavor that is poison.”

Ryan Nivakoff from NJOY, despite his company’s strong position in the e-store market, defended flavors with all things possible, and this earned him praises from vapers watching on social media.