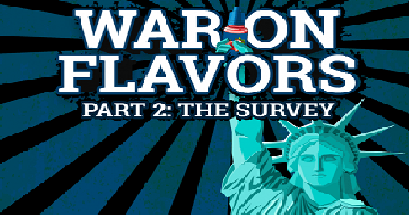 The data collected by the US Flavors showed that ex-smokers in America who rely on vape products tend to go for dessert and fruity vape products rather than others in a survey conducted by their researchers earlier this year. This research was intended to determine the different preferences in term of flavors for constant vapers.

The information gathered by the flavour survey was delivered to the Food and Drug Administration of the U.S as a remark on the future suggestions of rulemaking concerning the production of vape flavors and related tobacco products. A breakdown of the information will also be published in an educational magazine as said by Dr. Konstantinos Farsalinos, the chief author.

Dr. Konstantinos, Dr. Christopher Russell from the U.K center for substance use research and two others from Greece, University of Patras administered the survey program. They made use of online computer softwares to create questionnaires which only permitted a single entry from a single IP address in America to prevent duplicate submissions.

Participants from the U.S states, practically all of them and Colombia responded adding up to 69,233 single entries. Two-thirds of the entries were male, about 72,4 percent the average age group is 34.6. Also, 81.6 percent of the participants had at one point of their lives been an established smoker while almost all of them, 95 percent had at the very least smoked once.

Ex-smokers were 81.3 of the total number, 68.2 percent stopped smoking over a year to the time of the survey. The survey results definitely depict people that participate in vaping activities that educate them on the matter.

From both data, all groups prefer the sweet flavors like pastry, fruit, chocolate, dessert the consistency reflecting in both surveys of 2016 and 2018. It's become a fact known to the tobacco controlling bodies that adults prefer flavors that appeal to kids. 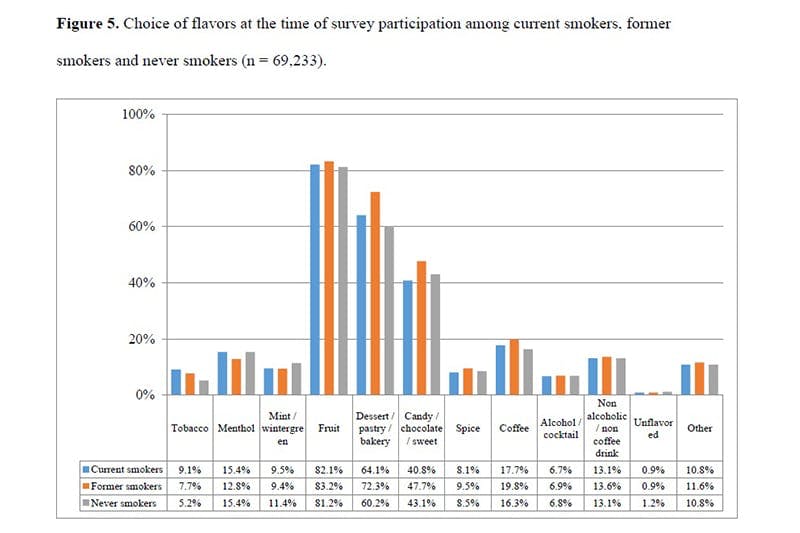 The FDA has once made attempts to ban flavors for health reasons if not for Obama's rejection of the act but these results should support the comments made from vapers to FDA not to restrict the use of these flavors. Sadly, not a very large number out of the half million of these have passed through the reviewing and publishing process.

The FDA hasn't changed their course of banning the flavors though it could take a long time. The problem is, if the agency does remove non-tobacco vape products, compromise the legal market of vape products adversely affecting the vape industry in America and those who survive on the sale and consumption of the products.