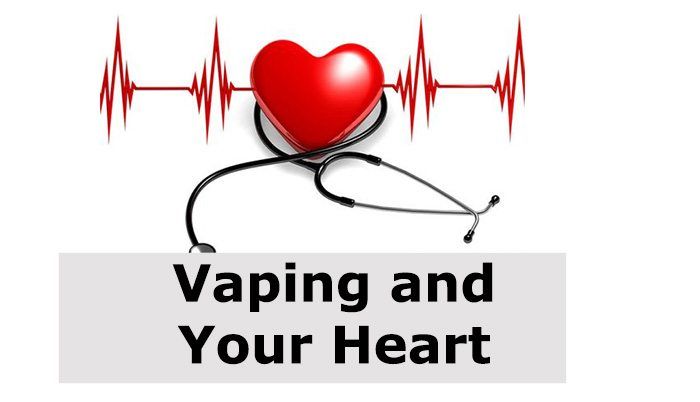 The largest trial of its kind already showed that smoker can improve their heart health within a few weeks after they switched to e-cigarettes. The study that takes several months and which included 114 smokers suggests that vaping could have the potential to significantly reduce the risk of heart attack and stroke.

According to the team at the University of Dundee, it was stressed that vaping is only less harmful than tobacco and so it is still “not safe”.

The British Heart Foundation also once said that one single best thing any smoker could do for their heart is to stop smoking. The chemicals and particles in cigarette smoke gradually blocks the arteries and cause them to become narrow as they get furred up with fatty acid deposits. Ultimately, smoking has the potential to double your risk of developing a heart attack.

But the researchers made it known that the present evidence surrounding vaping is somehow “very poor” and often assess the impact of just a single e-cigarette on heart health. So they put out a trial that monitored the blood vessels of people over a month after they had switched to e-cigarette.

The trial focused on measuring “flow-mediated dilation”, which shows the expansion of blood vessels when a wave of blood rushes through them. The more the vessels can expand, the healthier they are. There has been a close link between flow-mediated dilation and long-term risk of heart attacks and stroke.

Below are the results published in the Journal of the American College of Cardiology:

This shows that switching to vaping got those smokers about halfway back to a healthy score.

Professor Jacob George, which was one of the researchers said: “even though they are not yet normal, but there was a great improvement in their vascular function just within one month.”

However, the study seems to be too short to rightly establish whether the improvement could be sustained for a long time or not and whether vaping can be a great tool to help save many lives. You should also note that the smokers did not have a normal score but had great improvement.

Professor George latter added that “the key point everyone should bear in mind is that these devices are not completely safe and should not be tried by children or non-smokers. But now, we have clearer evidence that they are less harmful that tobacco cigarettes.”

This week, the potential dangers of vaping were highlighted when a British teenager told BBC how he was nearly killed by e-cigarettes.

A catastrophic immune response was set up by the devices in his lungs and that left on life-support where he had his breathing replaced by an artificial lung.

However, in all, the advice in the UK is that compared to smoking, vaping is 95% safer and that smokers should consider switching and non-smokers should never think of taking up vaping.

The British Heart Foundation reported that about 50 people die every day as a result of heart problems caused by smoking. “If there is any singular best thing you could do for your heart health, it is stopping smoking,” the charity said.

The director of the UK center for tobacco and alcohol studies at the University of Nottingham, Professor John Britton also said, “The randomised trial gave clear evidence about a significant reduction in a marker of heart disease risk in individuals who switched from smoking to vaping.

“The study concluded that vaping is less harmful than smoking. It produces lower levels of emissions known to be present in vapours coming from tobacco smoke.”