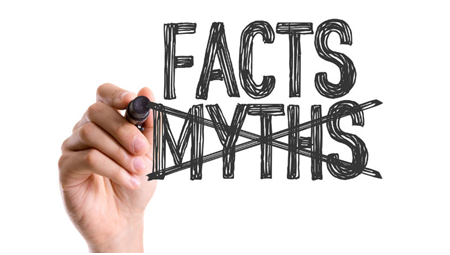 Despite the progressive results recorded by the UK government over vaping as well as the local campaigns designed to sensitize the public about the relative benefits the use of vaporizers as smoking cessation tools offers, recent research confirmed that local smokers still overestimate the harm from vaping.

A study conducted on smokers and ex-smoker in the UK showed that they still exaggerate the misconception that vaporizers are more harmful products than they really are. This research was conducted in Kings College London and the results were published in the Journal Addiction. The study was fully funded by the Cancer Research UK (CRUK) and it discovered that fewer than 6 out of 10 people believed that e-cigarettes are less harmful options than a tobacco cigarette.

Out of all the participants Surveyed, 21.8% said vaping and smoking are equally harmful, 17.6% said they cannot say which is more harmful and 3.3% believed that e-cigarettes are more harmful.

An online Ipsos Mori survey was used to compile the data of 1729 UK smokers and ex-smokers. The participants were asked about their perceptive on nicotine and the relative harms of using e-cigarettes, smoking, and nicotine replacement therapies (NRT). Sadly, researchers discovered that the misconception about e-cigarettes is on the increase and are particularly high among smokers than those who have never tried vapor products.

Not only is misinformation not decreasing, but it’s increasing

Previous research by the same team clearly also shows a decline in the proportion of people with accurate knowledge. The proportion (66.6%) of the surveyed participants in 2012 said that smoking is more harmful than vaping, but now the proportion (60.4% and 57.3%) in 2014 and 2017 shows a significant decrease in the number of people who believe vaping is less-harmful.

“Sometimes the inaccurate belief about nicotine may cause smokers not to try e-cigarettes or NRT. Many media reports and public discussions emphasize on the harm from vaping but rarely talk about how deadly smoking is- 1500 people die every week in England due to smoking-related diseases,”- said Dr, Brose. She also added that “smokers may switch to less harmful nicotine products when they get the right knowledge about e-cigarettes.”

Despite the PHE’s efforts, there is still a long way ahead

Martin, Dockrell, Tobacco Control Lead at Public Health England, responded to this study saying “there is still a long way to go despite the organization's effort. Smokers still need to be reassured that vaping is very much less harmful than vaping, but it's not risk-free. If you switch to vaping from smoking, you could do yourself a lot of good and save yourself”

The health organization released a shocking new film two weeks ago, giving new indications about the tar and toxic chemicals that an average smoker inhales on a monthly basis, in comparison to what a vaper or non-smoker inhales.